When every drop matters… 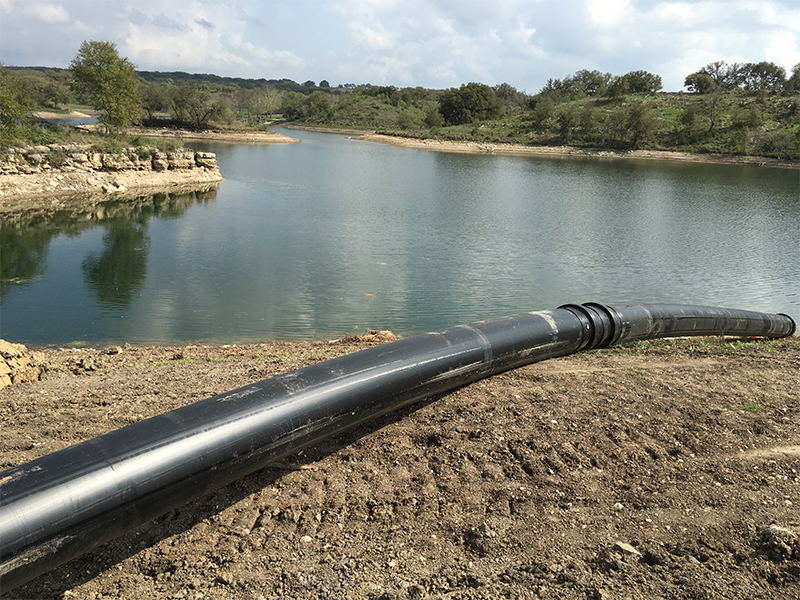 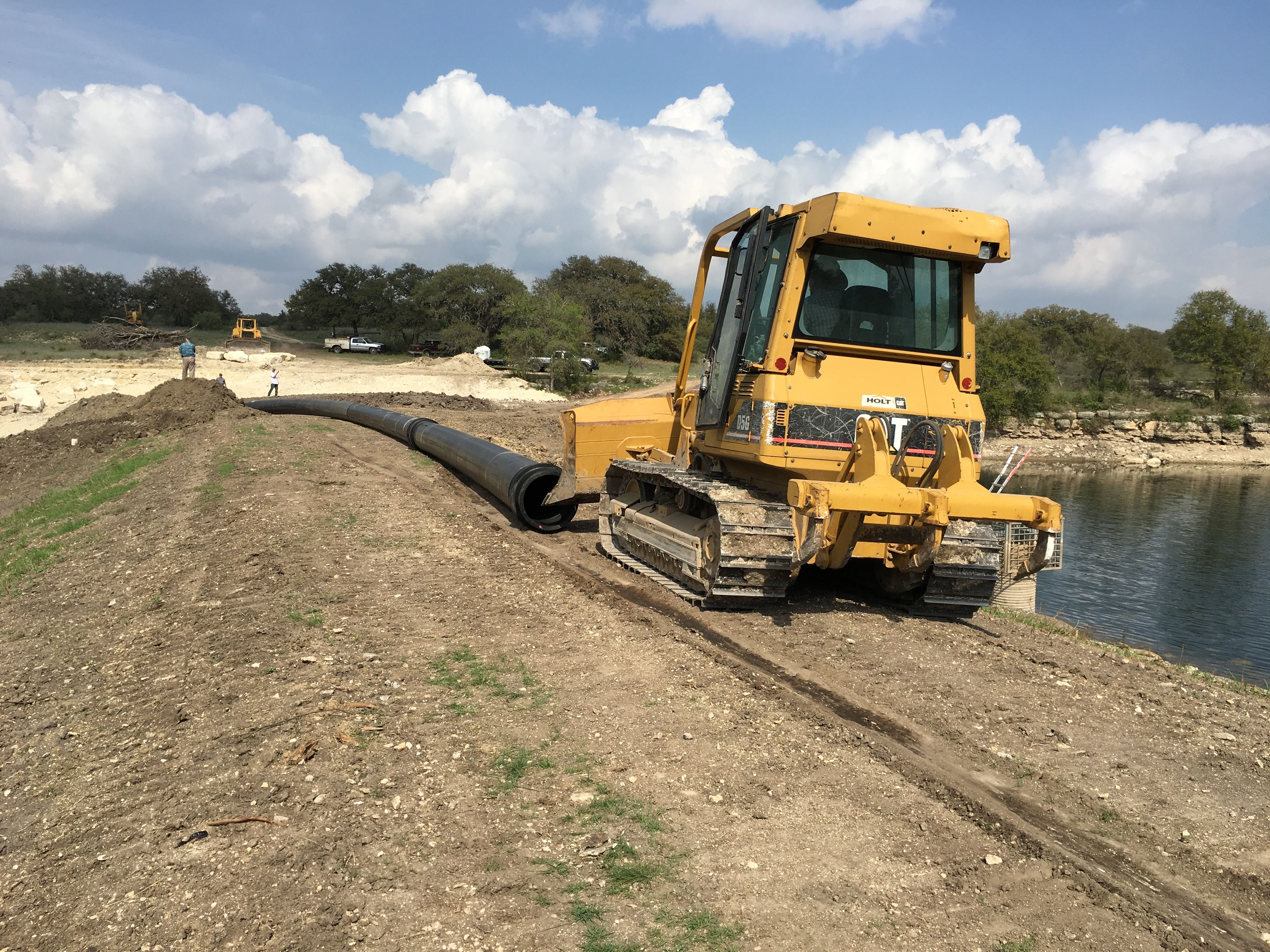 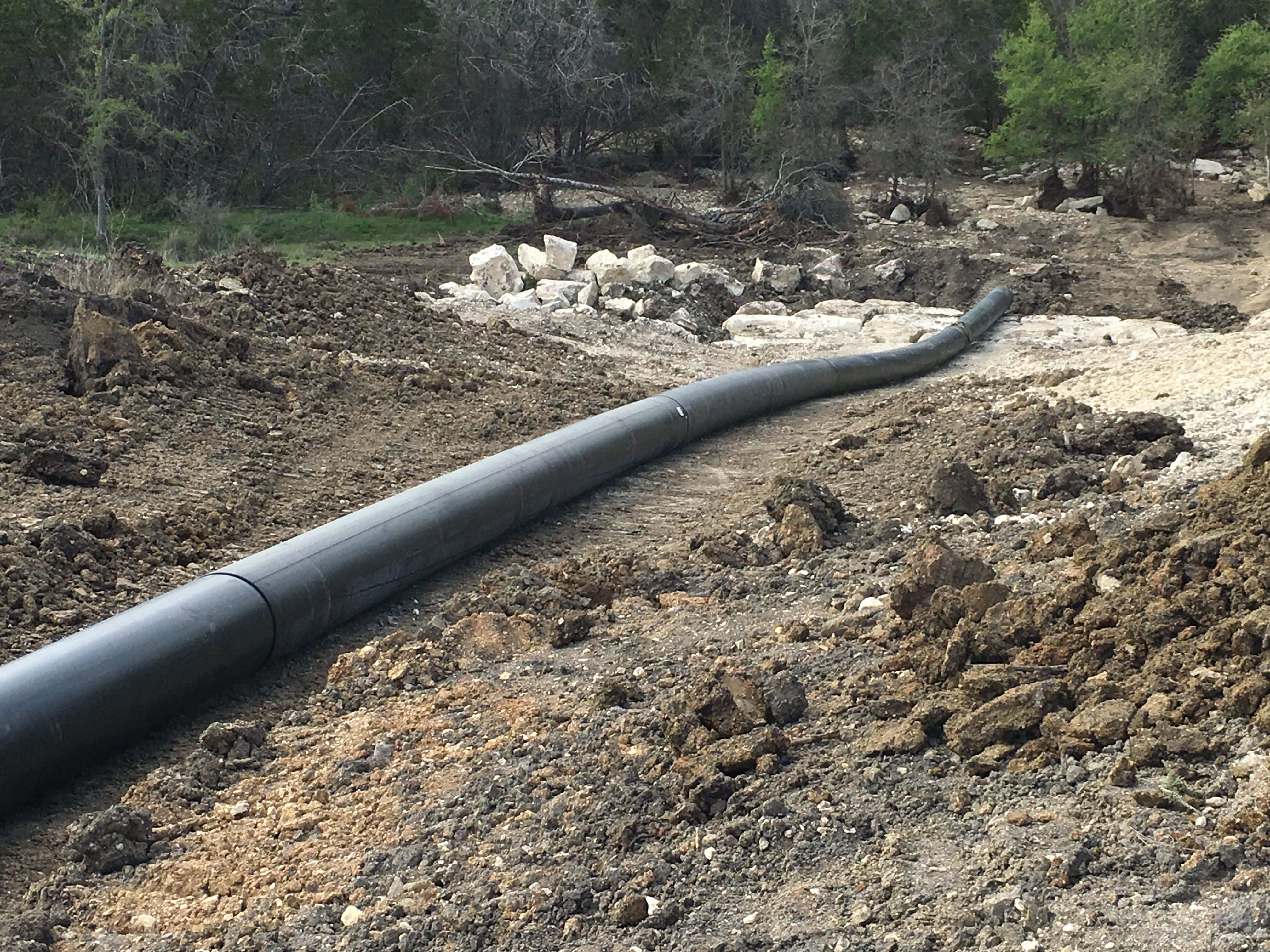 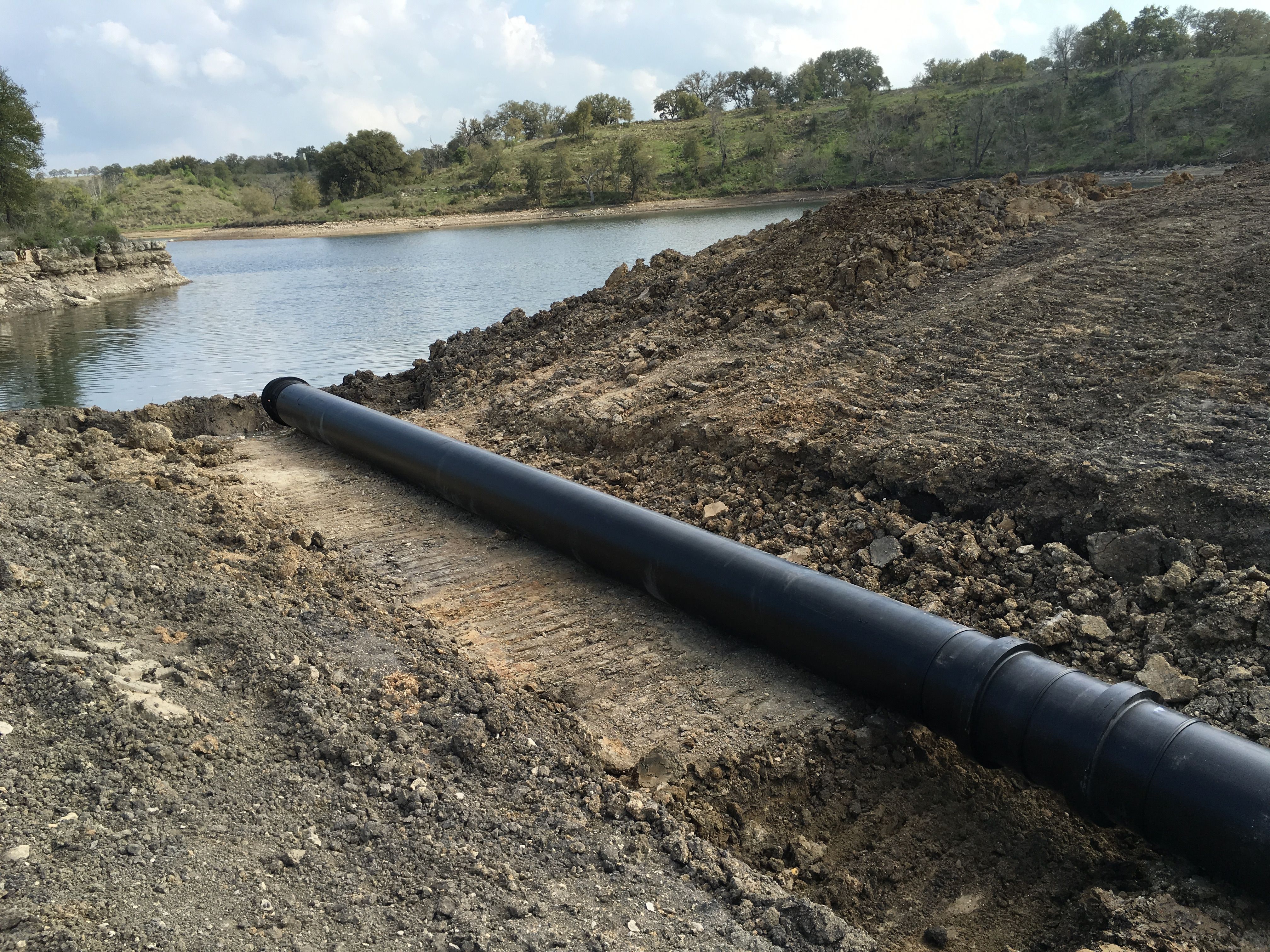 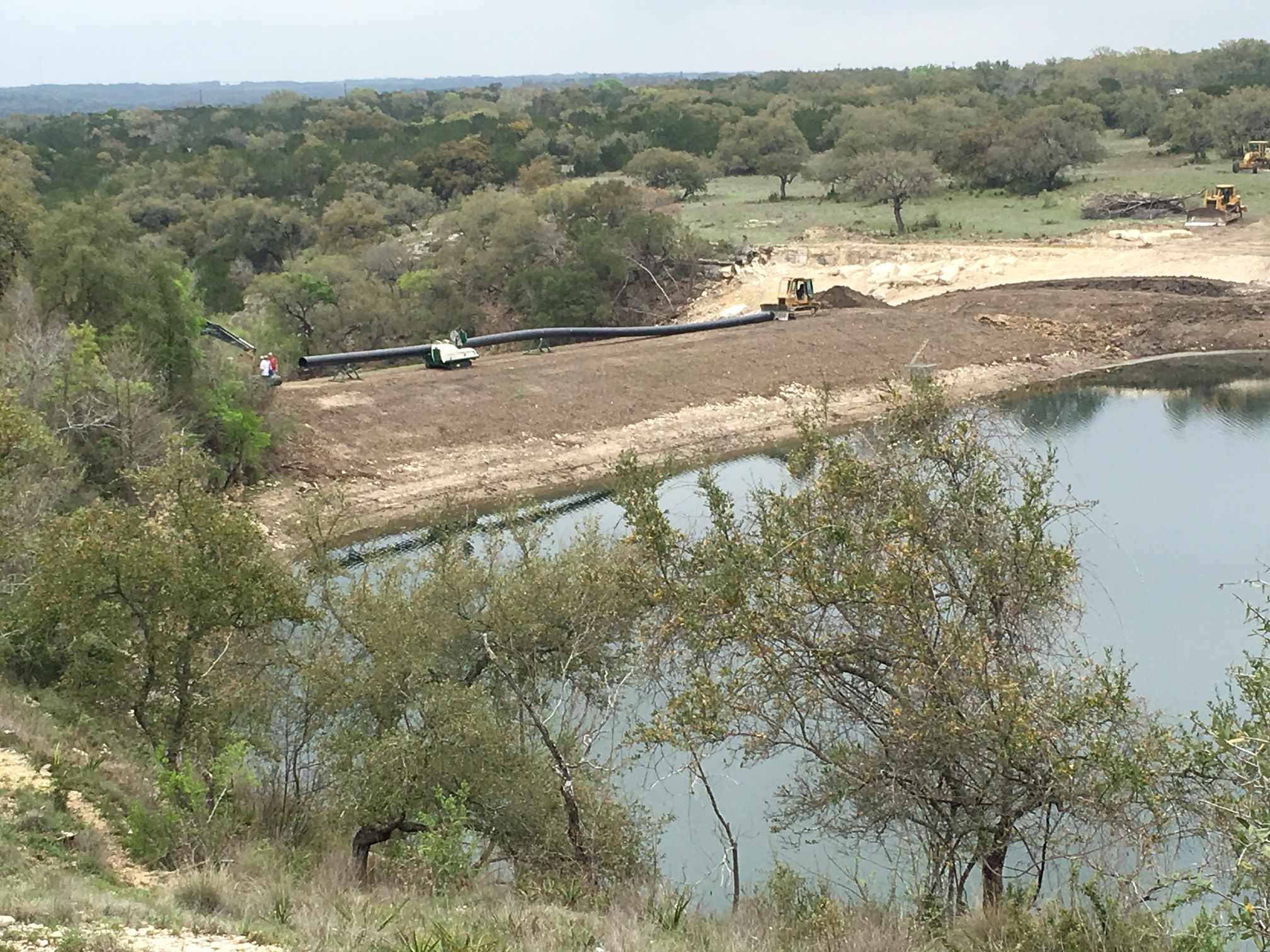 Life in Texas means dealing with long stretches of drought sometimes followed by massive storms and flooding. In Wimberley, Texas, recent floods brought one rancher face-to-face with a looming problem.

Jim Pierce is a second generation rancher. His property spans about 2,000 acres. In the 1970’s, Jim’s father built a 20 acre lake on the property. A dam was built with a 24-inch polymer-coated, galvanized steel spillway pipe buried inside. About 15-20 years ago, Jim noticed some leaks had formed. Not major leaks, but enough to notice he was losing water and in a state prone to dry spells, losing water is not an option. Over the years, he attempted to have it fixed, without much success.

Finally, in 2015, a series of devastating floods in the region did significant damage to the earthen dam. During one storm, water washed over the spillway for hours on end, wearing away the grass and dirt. While it was not an ideal event, it did present Jim with an opportunity to get in and replace the leaking spillway pipe.

After a less than stellar showing by the metal pipe, Jim was interested in plastics. But, he quickly learned that not every company selling high-density polyethylene is created equal. He struggled to get answers for technical questions.

ISCO was able to step in and provide Jim with the information he needed and provide 240 feet of DR17 and DR26 pipe with three wall anchor fittings as well as fusion service consultation. The total package: knowledge, experience, materials, and service. Check out the field report for the full story on the spillway pipe replacement.