A fermented fortune: How PP-RCT is boosting the craft brewing business 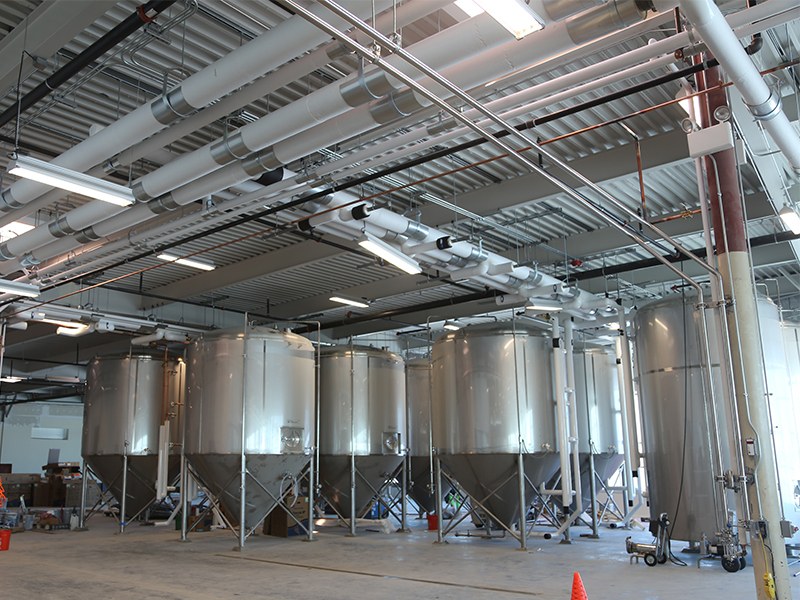 In 2000, there were 1,566 breweries in the United States. By 2015, that number had climbed to more than 4,200. There’s no question that more Americans than ever (by a longshot) are reaching for a frosty beverage. According to the Brewers Association, the craft brewing industry contributed $55.7 billion (with a b) to the U.S. economy in 2014 and created more than 424,000 jobs. Cheers to that.

Go back past the pint, the tap, the keg, the tun: all of that is connected by a piping system. Specifically, in our case, a piping system to carry glycol from chillers to fermentation vats without leaks or corrosion commonly found with more traditional systems.

The glycol/water mixture used in brewing is typically below 32°F. Traditionally, brewers have used copper or CPVC for the job. These days, copper has become cost prohibitive for many smaller breweries. As far as PVC, Chris Goulet, president of Birdsong Brewery in North Carolina pointed out, “We wanted a product that wouldn’t introduce particles into the glycol and we’d had issues with PVC Schedule 80.”

ISCO offers a solution to both issues. PP-RCT, polypropylene-random crystallinity temperature, is a joint-free pipe that doesn’t use glues or solvents. No chemicals means, no spoiling the suds. PP-RCT offers a strong, safe transport system for the glycol mixture. In North Carolina alone, ISCO has completed PP-RCT piping systems for six breweries! The system is easy to install and ISCO offers training to make the process as seamless as possible (literally).

Check out a field report on the work we’ve done in North Carolina and visit www.iscopolypro.com to find out more about PP-RCT!